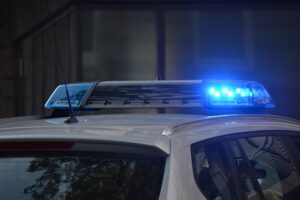 Scottsdale, AZ — A road rage incident turned deadly this past weekend after a man succumbed to his gun shot wounds.

The incident occurred between two males and is being called a bad case of road rage.

It is unclear what led up to the original incident which took place last Sunday at approx. 1 in the afternoon near Frank Lloyd Write and Via Linda. At some point during the road rage incident, one of the men left the scene.

Things went from bad to worse when the other man allegedly followed him to his nearby Scottsdale residence to continue the confrontation.

Upon arrival, the two men engaged in a verbal altercation. It was during this time when one of the men allegedly reached into a bag he had with him.

The other man reportedly feared that he was reaching for a gun and drew his own firearm, shooting him. Some witnesses report hearing up to eight gunshots being fired.

The man who was shot drove off for an undisclosed distance and collided into another car. The man was brought to the area hospital where he was pronounced dead from his wounds.

Police said that their investigation of the incident will be submitted to the Maricopa County Attorney’s Office to decide if the surviving male will face charges.

In conclusion it is important to note that the man who did die from his gunshot wounds was ultimately able to drive off for at least a short distance. While we don’t know the caliber of weapon that was used, it’s important to note that “stopping power” isn’t really a thing and any person can keep moving and/or fighting even after shot, if you are in fact dealing with a bad actor.

Remembering things like that could save your life if you’re ever faced with a similar situation. The human body is an amazing thing, and even though it may eventually bleed out, that doesn’t mean that your attacker will be incapacitated immediately.

Finally, I feel like this is a good reminder that having some sort of medical gear on you is a good thing. Check out Mountain Man Medical, our sister site, for more info.