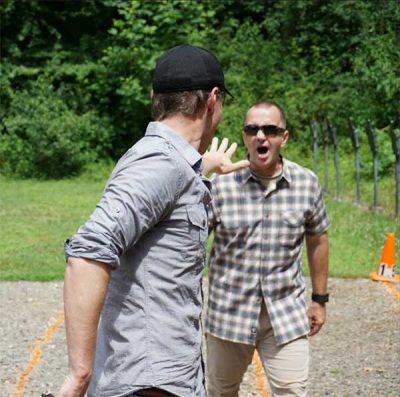 According to Sgt. Pete Dugan of the Tucson Police Department (TPD), on June 12th, 24-year-old Anthony L. Garrett forced his way into the apartment of his ex-girlfriend and threatened her and his old roommate with a gun.

Detectives with the Domestic Violence unit investigated but were unable to locate Garrett.

Then on Monday evening, Garrett showed up looking for her where she worked at a building on 5210 E. Williams Circle, near East Broadway Boulevard and South Craycroft Rd.

Alert co-workers, who were aware of the attack which happened only days earlier, spotted Garrett when he walked into the lobby of the business.

They quickly alerted two armed security guards who approached Garrett. But Garrett had come prepared for violence with a pistol.

Gunfire erupted between them, with Garrett only landing a shot on a guard’s boot, but not injuring the man. The guards returned fire, landing their shots and killing Garrett.

There were no other reports of injuries resulting from the shooting.

“The girlfriend was not injured,” Sgt. Dugan said. “She was not there when the gunfire took place here.”

Two things stand out about this Defensive Gun Use (DGU):

What stands out to you?